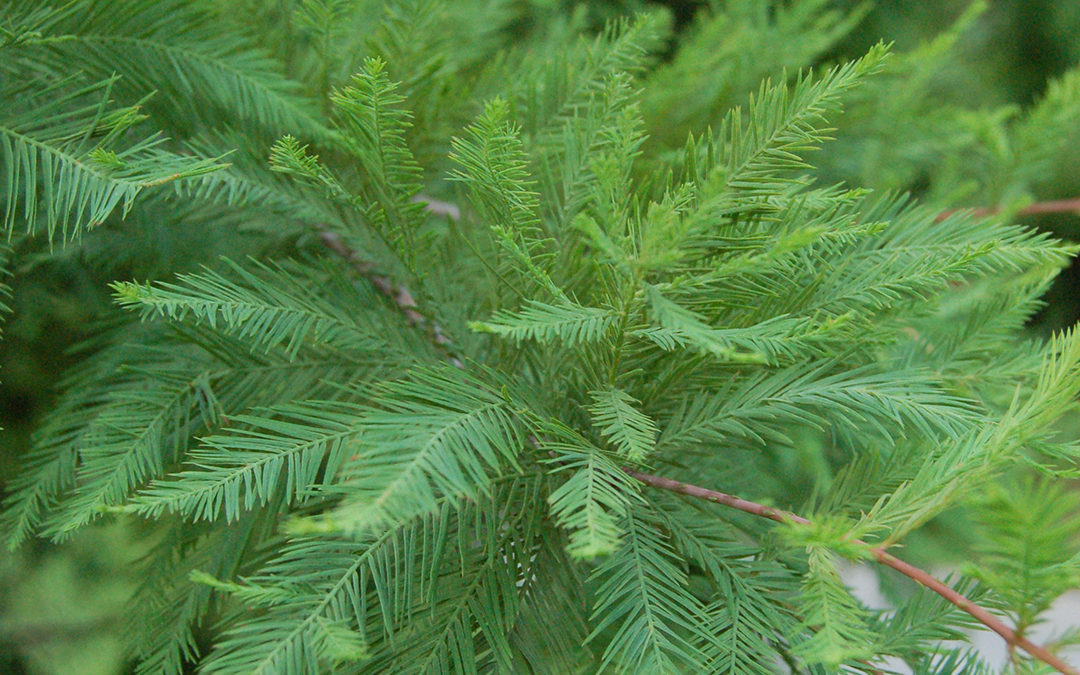 Taxodium distichum, commonly known as bald cypress, is a long-lived, pyramidal conifer. It is native to saturated soils, seasonally flooded areas, swamps and stream banks on the coastal plain.

Although it looks like a needled evergreen, it is in fact deciduous (“bald” as the common name suggests). Flat, linear needles are yellow-green in spring, medium to dark green in summer and reddish-brown in fall. Needles drop shortly thereafter. Round cones (to 1” across) are green in summer before turning a stunning brown with maturity. Reddish-brown bark exfoliates in strips. Root system “knees” only appear on plants growing in water. ‘Mickelson’, commonly sold in commerce under the trade name of ‘Shawnee Brave’, is a narrow pyramidal cultivar that typically grows with a strong central leader to 50-75’ tall and only 15-20’ wide. It has a narrower shape and denser foliage than other bald cypress. 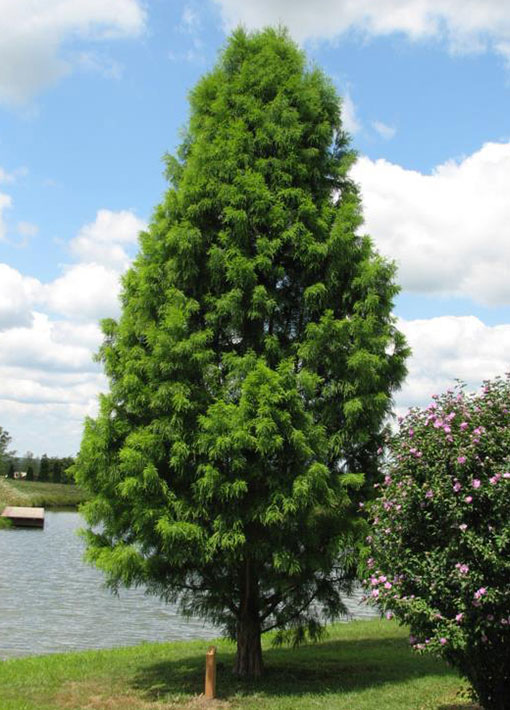