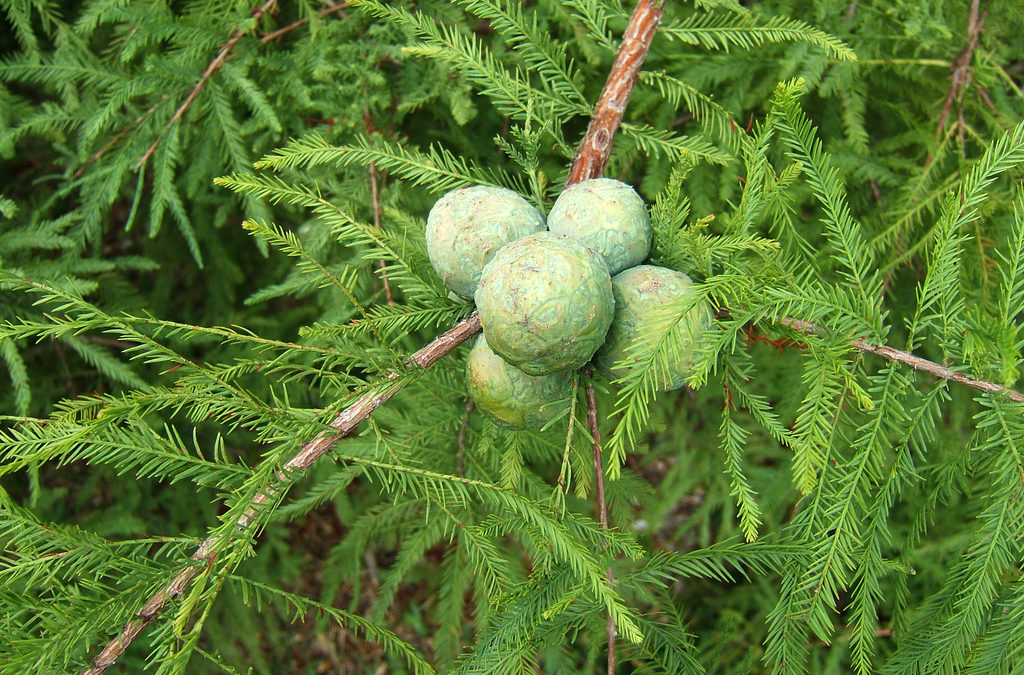 Bald cypress is a long-lived, pyramidal conifer. Although it looks like a needled evergreen (same family as redwoods) in summer, it is deciduous (“bald” as the common name suggests). It is native to southern swamps, bayous and rivers, primarily being found in coastal areas from Maryland to Texas and in the lower Mississippi River valley to as far north as the southeast corner of Missouri.

In the deep South, it is a familiar sight growing directly in swampy water, often in large stands, with its branches heavily draped with Spanish moss. In cultivation, however, it grows very well in drier, upland soils. Trunks are buttressed (flared or fluted) at the base, and when growing in water, often develop distinctive, knobby root growths (“knees”) which protrude above the water surface around the tree. Soft, feathery, yellowish-green foliage turns an attractive orange/cinnamon-brown in fall. Rounded, wrinkled, 1 inch diameter, purplish-green cones mature to brown. Heavy, straight-grained, rot-resistant wood has been used for a variety of purposes including barrels, railroad ties and shingles. Taxodium in Greek means resembling yews (Taxus) in reference to the flat needles. 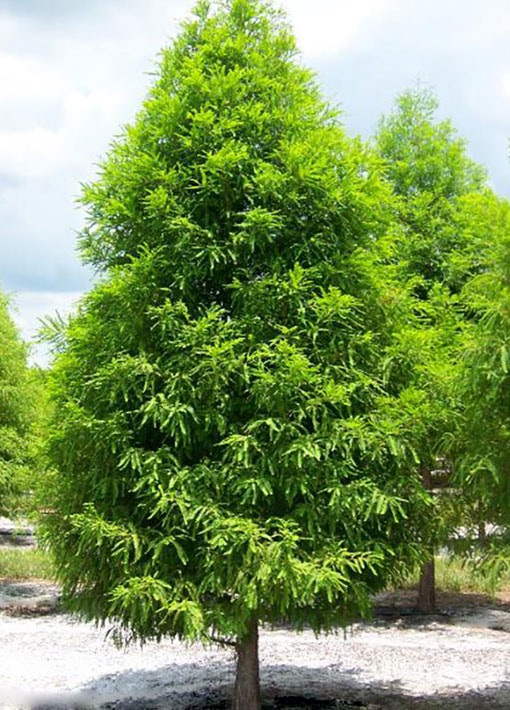