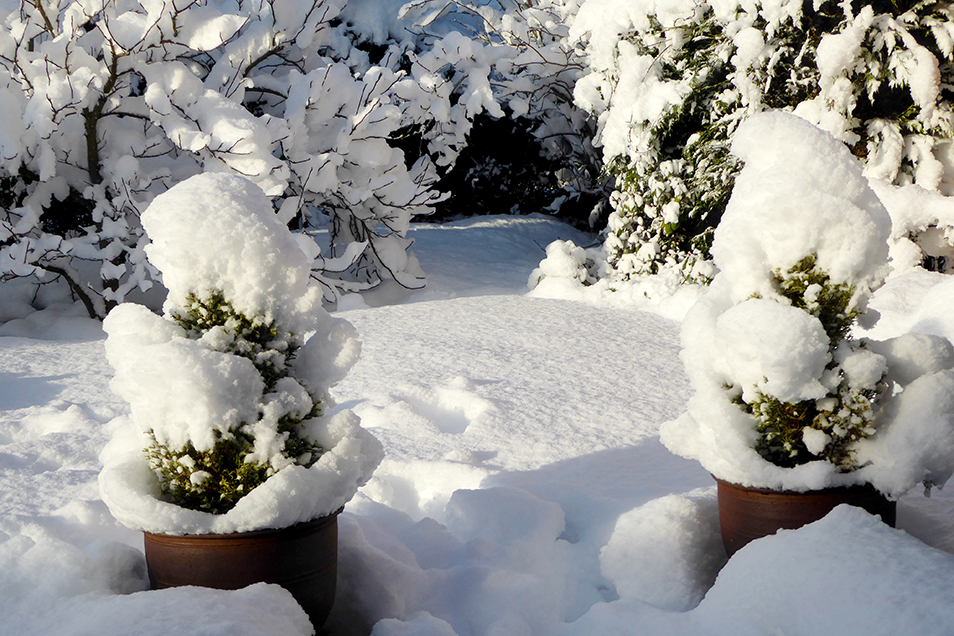 Fortunately, when this cold front arrived, our soil temperatures had been above freezing and our soil moisture was sufficient, which kept the soil warmer. The snowfall also helped insulate the soil.

If a plant classified as Zone 7 experiences temperature below 0 degrees, it may receive damage or could inevitably die. However, it is possible that the plant may have little to no damage – it will simply take time to determine the outcome. Freeze damage can often be seen in black or brown leaves, but it is possible they will flush with new foliage in the spring. Some plants may look fine, but may not produce any new growth in the spring. Time will tell.

Stem splitting is the most common indicator of freeze damage. Dieback of terminal shoot growth also occurs. Both of these symptoms may already be visible, but it may be later in the spring months before the damage appears.

Once the damage is identified, prune away the stem damage until you can locate live, green tissue. New growth may result from this or the plant may die back further. There are some shrubs that may have died all the way to the ground. Pruning all the way above the ground is an option as some shrubs will come back from the roots and some will not.

Patience is key moving forward. We suggest waiting until late March to remove, plant, prune, or fertilize until better assessment of any damage can be made.

Let the Plant Professionals at TLC Garden Centers take the hassle out of transporting and installing your trees and shrubs with our planting services.

TLC Garden Centers is one of the largest independent nursery, greenhouse and landscape retailers in the country. TLC grows more plants locally than any other garden center in Oklahoma. Come visit our 150,000 square feet of greenhouses, 10 acres of trees, shrubs and flowers and get expert advice from our TLC Plant Professionals!