Cercis canadensis, var. texensis commonly called Oklahoma redbud, is a deciduous, often multi-trunked understory tree with a rounded crown. It is particularly noted for its stunning pea-like rose-purple flowers which bloom profusely on bare branches in early spring (Mar-Apr) before the foliage emerges. This tree is native to eastern and central North America from Connecticut to New York to southern Ontario and the Great Lakes south to Western Texas and Florida. It is found in open woodlands, thickets, woodland margins, limestone glades and along rocky streams and bluffs throughout Missouri (Steyermark).

Flowers (to ½” wide) bloom in clusters of 4-10. Flowers are followed by flattened leguminous bean-like dry seedpods (to 2-4” long) that mature to brown in summer. Each pod has 6-12 seeds. Pods may remain on the tree into winter. Alternate, simple, cordate, broadly ovate to nearly orbicular, dull green to blue-green leaves (3-5” across) have a papery texture and are short pointed at the tip. Leaves turn pale yellow to greenish-yellow in fall. Cercis canadensis is the state tree of Oklahoma. 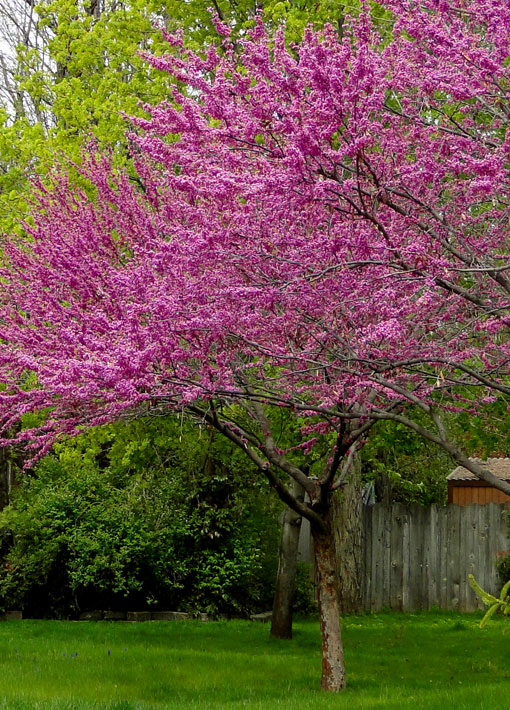