The Swamp White Oak is a regal variety. Its vast, grand and stately presence give and aire of elegance to the landscape. An old-fashioned appearance gently acknowledges memories of childhood summers sitting beneath a shade tree.

This oak sports a broad, rounded crown and a short trunk. Leaves are dark, shiny green above and silvery white beneath, with 5-10 rounded lobes or blunt teeth along the margins. Fall color is yellow, but sometimes reddish purple. Flowers in separate male and female catkins in spring. Fruits are acorns which mature in early fall. Indigenous to north, central and eastern Missouri in moist to swampy locations in bottomlands and lowlands, such as along streams and lakes, valleys, floodplains and at the edge of swamps. Also has surprisingly good drought resistance. 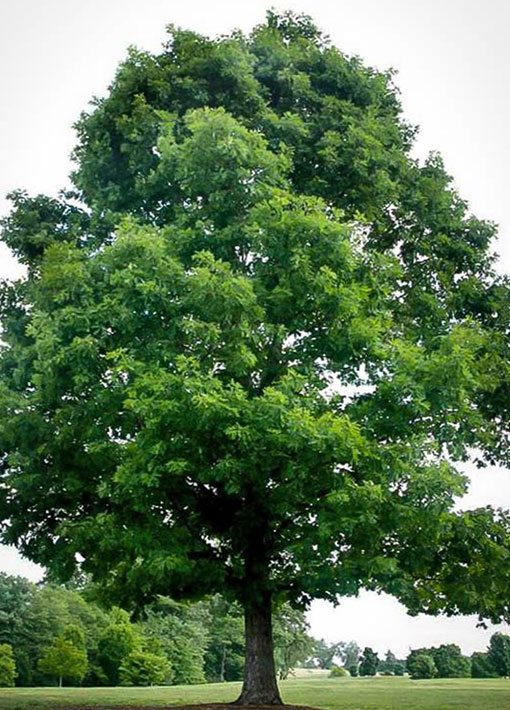