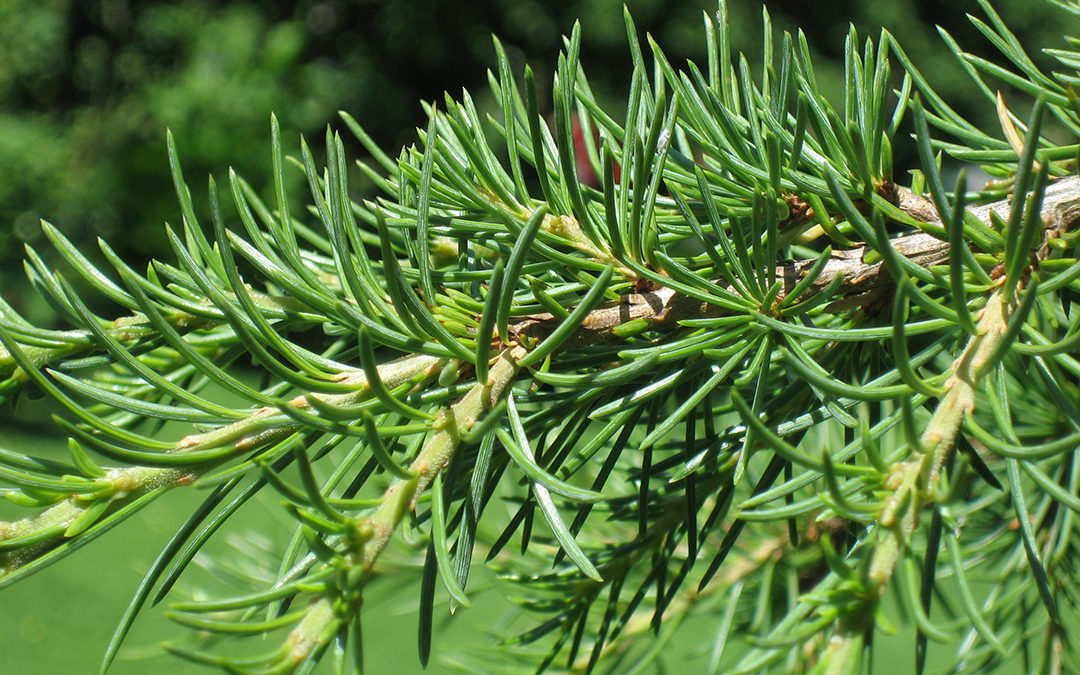 Lebanon Cedar (Cedrus libani) is native to the eastern Mediterranean region, including Turkey, Lebanon, and Syria. It is more widely planted as a highly regarded ornamental.

Occasional, horizontal branches look like and arm or a leg. Its bark backdrops the vibrant green needles with a gray-brown, speckled hue. Male flowers, or cones, are elongated yellow-brown catkins; while female cones appear to have a somewhat purple tint to them and are slightly resinous. 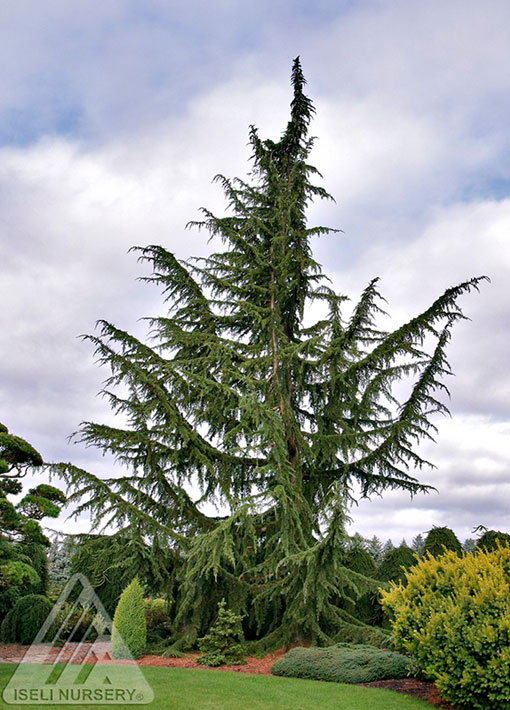