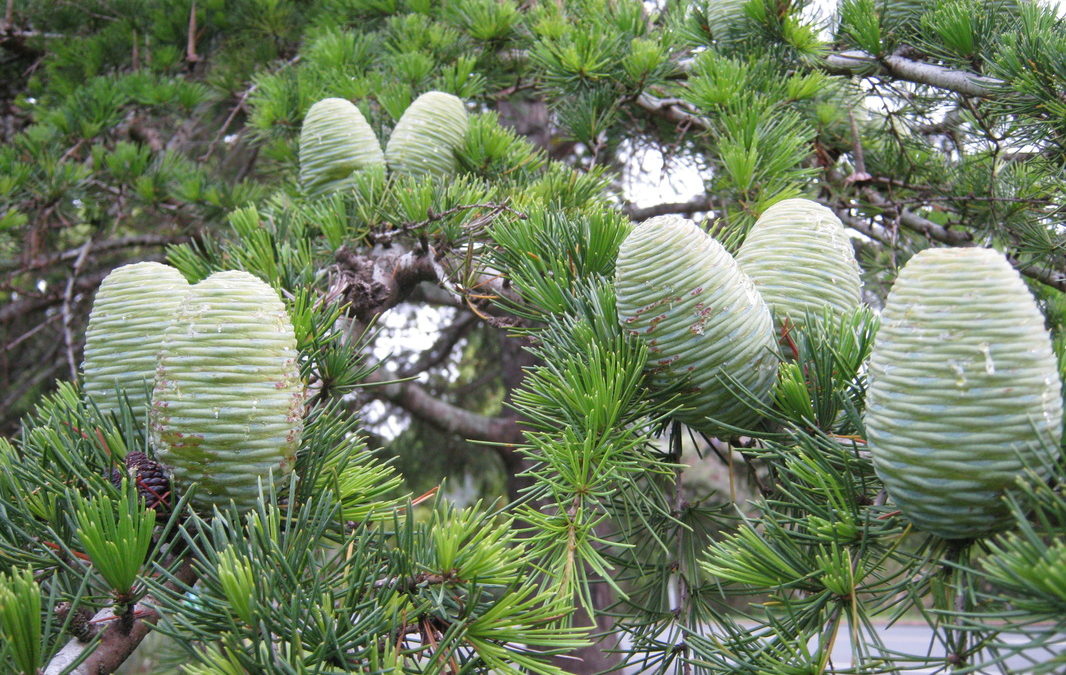 Cedrus deodara, known as Deodar cedar, is an evergreen conifer native to the Himalayas. Its impressive stature only helps match its name which derives from the Sankrit word ‘devdar’, meaning ‘timber of the gods’.

This cedar is pyramidal when young, maturing to flat-topped trees with broad-spreading horizontal branches. Deodar cedar is perhaps the most pendulous of the true cedars, with branches that gracefully droop at the tips. Lower branches typically remain on the tree as it ages, often touching the ground. This is a medium-growing tree that typically matures to 40-50’ tall in its first 25 years. In its native habitat, trees reportedly will grow much taller over time, sometimes reaching 150-200’ tall. Dark grayish-green needles (to 1.25” long) appear in clusters with pright cones (to 4” long). It also produces an aromatic oil that naturally repels insects. 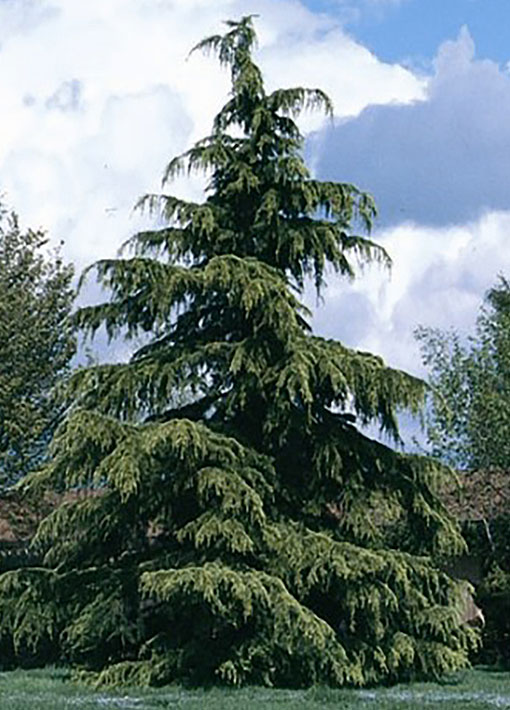