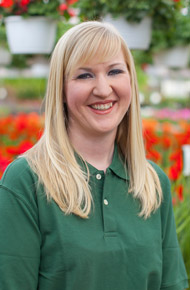 Amanda has been with TLC Garden Centers for 22 years. She has been a Retail Manager for the past 10 years. She was born and raised in Tecumseh, OK and graduated from OSU-OKC with a Horticulture degree in 2005. 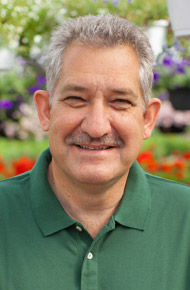 Bob grew up in the nursery business and worked for his family’s company, Gerdes Nursery, with locations in Shawnee & Edmond. He was honored as the Oklahoma Nurseryman of the Year in 2008 and has served as President of the Oklahoma Nursery & Landscape Association. When his family sold their nursery locations, Bob spent a few years in the wholesale nursery and landscape business before joining Frank McDonald as an owner of TLC Garden Centers. 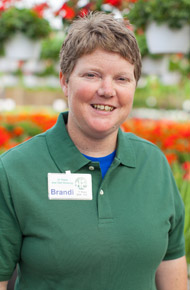 Brandi has been with TLC Garden Centers for 16 years. Born and raised in Moore, OK, Brandi graduated from Oklahoma State with a degree in Horticulture in 2000. She was an herb grower in Dallas, TX for 5 years as well as Interiorscaping for 3 years in Ft.Worth, TX. 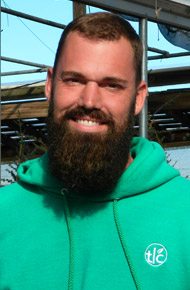 Darrell has been with TLC for 3 years, one of which as the new Nursery Manager. Before joining TLC he worked at a local Oklahoma tree farm and has extensive knowledge in all things trees. Darrell has a strong background in retail having co-owned his own business in Oklahoma City for several years; providing a great asset to TLC’s team of Plant Professionals. 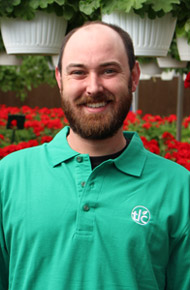 Born and raised in Oklahoma City, Eric has been with TLC for over 3 years. He was mentored by Steve Morgan, TLC’s previous head grower, and served as one of the assistant production managers. Eric studied horticulture at OSU-OKC. Although he has worked in numerous fields, Eric finds his passion lands in the horticulture industry where he can nurture his love of plants that he has been growing strong since childhood. 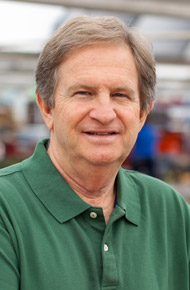 Frank has owned numerous retail companies in the Southwest and has an extensive background in commercial real estate development. He and Bob hope to build upon TLC’s tremendous foundation provided by the founders, Charles and Linda Shackelford.

Frank has served on the board of many non-profits as well as trustee of his church. He and wife Tricia have two sons and three beautiful grandchildren. 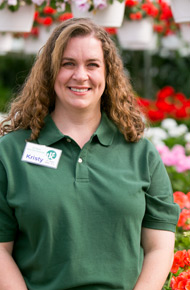 Kristy has been with TLC for 17 years as the lead container garden designer. She grew up in eastern Oklahoma and graduated from Oklahoma State University with her bachelors in Horticulture in 2001. 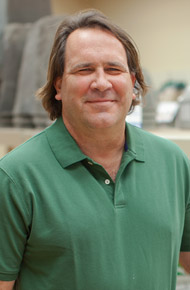 Shaun is TLC’s Landscape Department Manager and Lead Landscape Designer. For the past 21 years, he has designed and created numerous landscape projects throughout the Oklahoma City and Edmond Area. You can see some of his work at the gardens in the middle of the Paseo Arts District, Nichols Hills, and numerous upscale residential neighborhoods. A graduate of Oklahoma State University, Oklahoma City, Shaun has over 30 years in the industry and has received several awards for his work. His work has been featured on TLC’S Let’s Talk Gardening and has been in the magazine Fine Gardening. Shaun has also served as president of the Oklahoma Nurserymen’s Association 2007-2008 and the Oklahoma Horticultural Society 1992-1994. Shaun can be contacted at (405) 418-5604 or by email. 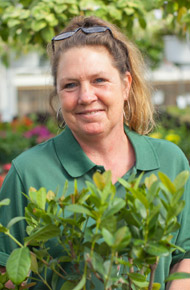 Sue has worked for TLC Garden Centers since 1993, having managed two of its stores in her time here. She was born and raised in Oklahoma City and attended Oklahoma State University. Prior to joining TLC Garden Centers, she worked in the landscaping industry for 3 years.

TLC Garden Centers is one of the largest independent nursery, greenhouse and landscape retailers in the country. TLC grows more plants locally than any other garden center in Oklahoma. Come visit our 150,000 square feet of greenhouses, 10 acres of trees, shrubs and flowers and get expert advice from our TLC Plant Professionals!